Capabilities:
Billing strategy:
Sign up free to arc flash analysis and labeling universal web app at app.arcadvisor.com
Posted by ARCAD at 7:58 AM No comments:

Electrical safety training, including arc flash training and shock hazard training, is not an option; it’s required by law, and recommended by industry standards. But it’s also the foundation of electrical safety, which protects your workers and your business. It’s an investment that will pay off.
http://arcadvisor.com/faq/electrical-safety-arc-flash-training
Posted by ARCAD at 7:19 AM No comments:

The Elementary Safety Book for Children

ARCAD is proud to sponsor The Elementary Safety Book for Children published by Maple Leaf Communications Inc. This free book is brought to children by businesses in local community. Do you know all the safety rules? An extensive team of animal experts show you how to play and stay safe both at home and when outside. Everything is more fun when you play safely! 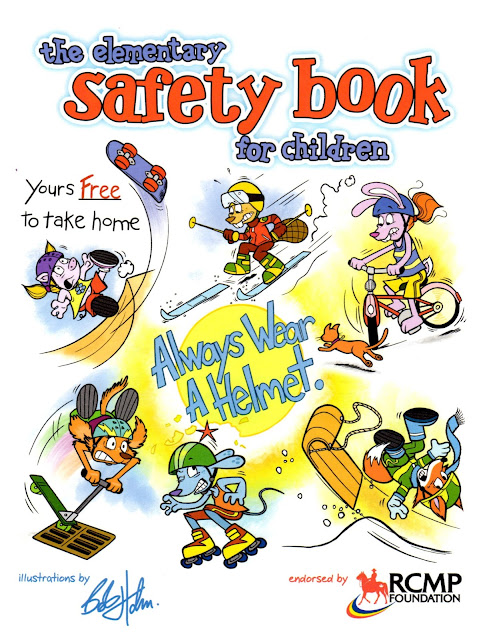 The 2018 Edition of NFPA 70E is quickly approaching. Here is a link to an article by Jim Phillips / Brainfiller.com that was recently published in the May Edition of Electrical Contractor Magazine. As usual, some changes were minor, others were quite major. There is also quite a bit of reorganization.

PS: There are changes to the definition of arc flash boundary in the upcoming NFPA 70E Standard for Electrical Safety in the Workplace. Specifically, the revised definition of arc flash boundary no longer uses the term "second degree burn" but instead "at which incident energy equals 1.2 cal/cm2.", and the revised informational note references the Stoll skin burn injury model.

"Serious misconceptions have crept into this field of research through adoption of rule-of-thumb terminology which has lost its identity as such and become accepted as fact. A glaring example of this process is the “critical thermal load.” This quantity is defined as the total energy delivered in any given exposure required to produce some given endpoint such as a blister. Mathematically it is the product of the flux and exposure time for a shaped pulse. Implicit in this treatment is the assumption that thermal injury is a function of dosage as in ionizing radiation, so that the process obeys the "law of reciprocity," i.e., that equal injury is produced by equal doses. On the contrary, a very large amount of energy delivered over a greatly extended time produces no injury at all while the same "dose" delivered instantaneously may totally destroy the skin. Conversely, measurements of doses which produce the same damage over even a narrow range of intensities of radiation show that the "law of reciprocity" fails, for the doses are not equal."

Here is what ASTM F1959/F1959M Standard Test Method for Determining the Arc Rating of Materials for Clothing says about skin burn injury determination:

where ti is the time value in seconds of the heat energy determination and elapsed time since the initiation of the arc exposure. A second-degree skin burn injury is predicted if either panel sensor heat energy response exceeds the Stoll Response value (at time ti)."

Incident energy alone has no impact on thermal damage and blast pressure. One can expose himself to any arbitrary incident energy and suffer no damage as long as the energy is delivered at slow enough rate. On the other hand, an exposure to only a fraction of 1.2 cal/cm2 may result in incurable burn provided that the energy has been delivered fast enough. Read Evaluation of onset to second degree burn energy in arc flash hazard analysis for more information. The issue of using incident energy as a measure of damage alone and without regard to the rate of the energy release has been raised to NFPA 70E committee before year 2015 edition was published but unfortunately it was never appropriately addressed by the group.

Whenever an arc-flash study is done or revised and new arc flash warning labels must be considered, it is a good idea to define exactly what information belongs on each label before starting to print anything. It is also a good idea to define how and where these labels will be applied before anyone peels the back off of the first adhesive label and sticks it onto anything. It is a very good idea to put those definitions into writing so that everyone who assists or who comes along later, has something to help them understand the original intent. This is particularly important as a means of trying to promote consistency and to avoid creating unnecessary confusion when an arc flash analysis study is spread out over extended period of time. A guideline document such as the one published here serves that purpose. The guideline describes how electrical equipment should be labeled, namely how many labels should be applied and in which locations, after appropriate data collection, modeling, short-circuit analysis and arc-flash study activities have been completed. The intent here is not to limit the number of labels applied but rather to insure that at least the required minimum number of labels are in place. This document also addressed the question of how to label devices that were subject to protection under a selectable maintenance settings scheme. This application involved two labels as shown in Figure 6.

The arc-flash labels discussed herein are required by the NEC in article 110.16 and by NFPA 70E in Section 130.7 (E)(1). There are two basic types of arc flash labels that should be used. They are a generic label - one that does not include specific calculated data but which identifies the existence of the hazard and refers the reader to the site 70E policy, and a specific label - one that includes calculated data for arc-flash incident energy or hazard/risk category and identifies specific required PPE. Figure 1 shows one of each type of label, with the generic type being the upper label. This guideline identifies what type of equipment we should be labeling and how to label that equipment. If a piece of equipment is identified by company guidelines as within the scope of equipment for which we should be calculating arc-flash exposure, then the label should be a specific label. Otherwise, the label will be a generic label and will refer to the overall site 70E policy. Wherever specific labels are applied, they shall describe all of the requisite PPE.

Figure 1A. An example of generic arc flash warning label.

Figure 1B. An example of specific arc flash warning label.


Many facilities have been through short-circuit and arc-flash studies conducted under previous versions of the NFPA 70E regulation. In such cases, it is possible that the labels already in place in the field reflect older hazard levels and types of PPE for some of the labeled equipment and are no longer correct for the current version of NFPA 70E. It is permissible to hand-modify the existing labels if the changes are somewhat minor, but it is often confusing to do that. The preferred approach is to relabel the equipment. However, since the current version of the regulation requires review and update on a five-year cycle, it is recommended that the labels simply be corrected during the course of the next overall update.

The generic label is a Brady product, while the specific label is a product printed as output from Arc Flash Analytic software program. Both of these labels use the ANSI Z535.4 "warning" format and an orange banner. The "danger" format with a red banner, described in the same ANSI standard, is equally acceptable.

Arc flash applications are increasing in popularity among engineers and electricians when examining hazards presented by an arc flash. Professionals search for accessible tools to help reduce dangers associated with arc flash as well as to assist in selecting adequate personal protective equipment (PPE). Mobile apps for arc flash analysis can be useful for assessing the hazards before working on energized equipment.

Contrary to many simple and complex computer programs used for power system and arc flash hazard analysis, only a handful of arc flash apps are available for purchase. Each app, available in either the Apple Store (iPhone) or Google Play (Android-operated devices), vary in level of complexity and range of operations.

Q: What are some specific benefits to workers using arc flash apps on their mobile device?

The apps help in meeting the requirements of CSA Z462 "Workplace Electrical Safety" and NFPA 70E: "Standard for Electrical Safety in the Workplace" published respectively by the Canadian Standards Association and the National Fire Protection Association. Arc flash mobile apps support calculations and functions for typical distribution systems that use fuses and circuit breaker protection devices. They provide for real-time display of incident energy and arc flash boundary results